A few weeks ago I reached out to the man who’s designed recording studios for the likes of Jimi Hendrix, Bruce Springsteen, Jay-Z, Harry Connick Jr., Alicia Keys and frequent Taylor Swift collaborator Jack Antonoff among many more. In the world of studio design, John Storyk isn’t just where the buck stops, it’s where the buck began in the first place. Pressing send on a random email with nothing more than a hope and a prayer (and a pretty sweet signature graphic too if I do say so myself), I wasn’t sure he’d ever see my obscure request, let alone be willing to take time out of his busy schedule to speak with me about his career and a project he’d worked on right here in Fargo, ND over two decades ago. Less than 24 hours later, though, I elatedly opened my inbox to find not only had John seen my query, but he was also more than willing to spend some time with me while I picked his artistically-tuned brain. The man who has been featured by Rolling Stone, Billboard, The New York Times and CBS just to name a few, took time out of his busy schedule to discuss the Video Arts studio he’d designed in 1992 and share some of the stories and insights he’d gathered over a career that’s thrived for 50+ years.

You Scream, I Scream, We All Scream for Ice Cream

Some of you may already know the story about how it all began for John. If you ever meet him, it’s John, by the way, not Mr. Storyk. “Mr. Storyk was my dad,” he quickly corrected me. In 1968 Storyk found himself thumbing through a copy of a New York literary icon, The Village Voice, ice cream cone firmly in hand, when he saw an ad that caught his eye, “Carpenters wanted to work for free on experimental nightclub1 https://wsdg.com/projects-items/electric-lady-studios/ .” The phone call that followed from a payphone down the street would fundamentally shape his life forever. The volunteer carpenter-to-be would soon trade-in his block plane for a set of blueprints that laid the foundation for what would become the nightclub Cerebrum. The club would go on to make the cover of LIFE Magazine and was a cultural sensation in the up-and-coming neighborhood known as SoHo in New York City’s Greenwich Village. It may have been his first act, but it was the equivalent to a rookie ballplayer hitting a homerun in their first time up to the plate. What followed was, “Serendipity, with a capital S,” he says.

One fateful night a young musician by the name of Jimi stepped through Cerebrum’s doors. Little did Storyk know that man’s name also happened to be Hendrix and walking in with him that day were a series of yet-to-unfold events that would lead John’s life down a path he’d never quite imagined. He was going to be a musician, you see, maybe some Princeton-educated version of Hendrix himself, who knows. Architecture was his day job, the work that paid the bills, the equivalent to yours and I’s 9-to-5. Yet when Hendrix laid eyes on Storyk’s creation, he knew this was the architectural maestro for the job. It turned out Jimi wanted to open a club himself and John, he’d decided, had the aesthetic vision he was looking for. Over time, that project to erect a nightclub transformed itself into a project to design a recording studio. In the process, John made himself as much an acoustical expert as was humanly possible. Through creative thought and artistic collaboration, one of the icons of music recording lore was birthed, Electric Lady Studios. While Hendrix would tragically pass on a short time after its completion, Electric Lady went on to become a recording mecca for some of the industry’s most well-known names from Bowie to Adele. As John so prophetically stated, “Make your first project famous, there’s a career tip. Pass that one along to your kids.”

Birth of a Notion

Fast-forward some two decades later. In 1992 a fellow native New Yorker by the name of Art Phillips was sitting in the offices of the company he’d created, Video Arts Studios in Fargo, ND. It was then and there that he decided to make the financial and logistical commitment to remodel and add on to the existing infrastructure that was already in place. When he inquired with his Audio Director Steve Germaine who should design these new spaces, only one name came to mind, John Storyk, a man who describes himself as, “at the nexus of architecture and acoustics.” So, much like this young writer, Phillips placed a phone call with a hope and a prayer that the man responsible for Electric Lady Studios and Jazz at Lincoln Center New York City might be interested in designing his new sound stage and the recording studios alongside it as well. As Art tells the story,

“We really hit off.  He was very interested in helping us with our project.  HIs wife Beth was his partner in the business (Walters Storyk Design Group) just like my wife Mary Ann was my partner here at Video Arts Studios.  His background and reputation in the studio design business was amazing and world-renowned.

After we reviewed the plans for the future of Video Arts Studios, John came to Fargo to meet with our staff, see the facility and give us his recommendations on how to proceed. He also gave us his recommendations for some of the new audio equipment we’d be ordering for the new rooms. Mary Ann was the Studio Project Manager for the construction working with John, Beth and his team as well as a few local construction companies. The total time of the construction, including building a brand new sound stage, which was also John’s design, was about 18 months. A lot of the local and area construction firms we worked with for the project were really impressed with the intricate audio engineering that went into the rooms. We remember that some of the construction workers couldn’t believe the difference in our rooms compared to anything else they had ever built. John returned after the construction was completed to assess the environment of each room. He got a chance to see and hear all the work he designed and we could not have been happier. I always loved giving studio tours and letting everyone know that we had John Storyk designed rooms. I’m still very proud that Video Arts Studios has his stamp on it. ”

One memory that stood out to Storyk was the surprise he felt that such an ambitious project was taking place in Fargo, ND. As John puts it, “(Fargo) isn’t exactly the center of the media production world. It’s not really the center of any world. But on the other hand they’ve (Video Arts) made a pretty good go of it.” John also knew that the studio he was about to design would be unique and multifaceted. As he mentioned in our interview, “The studio had to be flexible. It had to be ready to do a lot of things which is something I’ve experienced in a lot of secondary and tertiary markets. One day you’re making audio content, the next day you’re making video content, sometimes it’s a rock band, so you don’t see this kind of need in the major markets or private studios which is actually where most of our work is being done right now. I remember Art being very sensitive to that, and we tried to make the studio as flexible as possible.” For the past two-decades-plus, that notion has come to fruition as Video Arts has grown and thrived in an ever-changing marketplace.

When I asked John what his favorite project was or a standout recording artist he’d worked for, his response was, “My favorite project is the one I’m working on at that moment.” Upon further reflection, though, he added, “But I do have a favorite wall here or a skylight there, I guess.” Towards the end of our conversation, I asked John if he’d ever thought back on the day he opened up that copy of The Village Voice, ice cream cone firmly in hand, and saw the advertisement for some random experimental nightclub and the free carpenters that were needed to build it. I wondered if he’d ever contemplated what might have been had he shoved that copy of The Village Voice back in his pocket and never called the number inside. His answer, “You know what, I haven’t. I guess that’s the stuff of a novel. I never did, my gosh, what a scary thought.” Maybe that isn’t quite the answer that would satisfy the Robert Frost’s of the world, but perhaps it gives a better insight into the man than any prose or poem ever could. Why look back when the future is sitting there staring you right in the eyes, as seductive a mistress as ever there was? Why stop and reflect on what could’ve been when the story that unfurled was already so damn good? 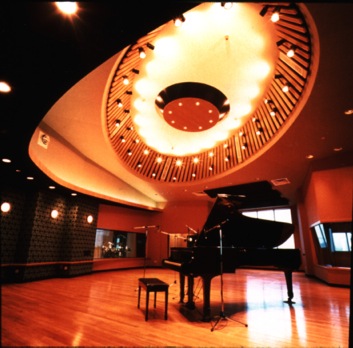 Receive monthly insight for marketing your business, straight from our experts.

Thanks for your interest in The Absolute Truth!